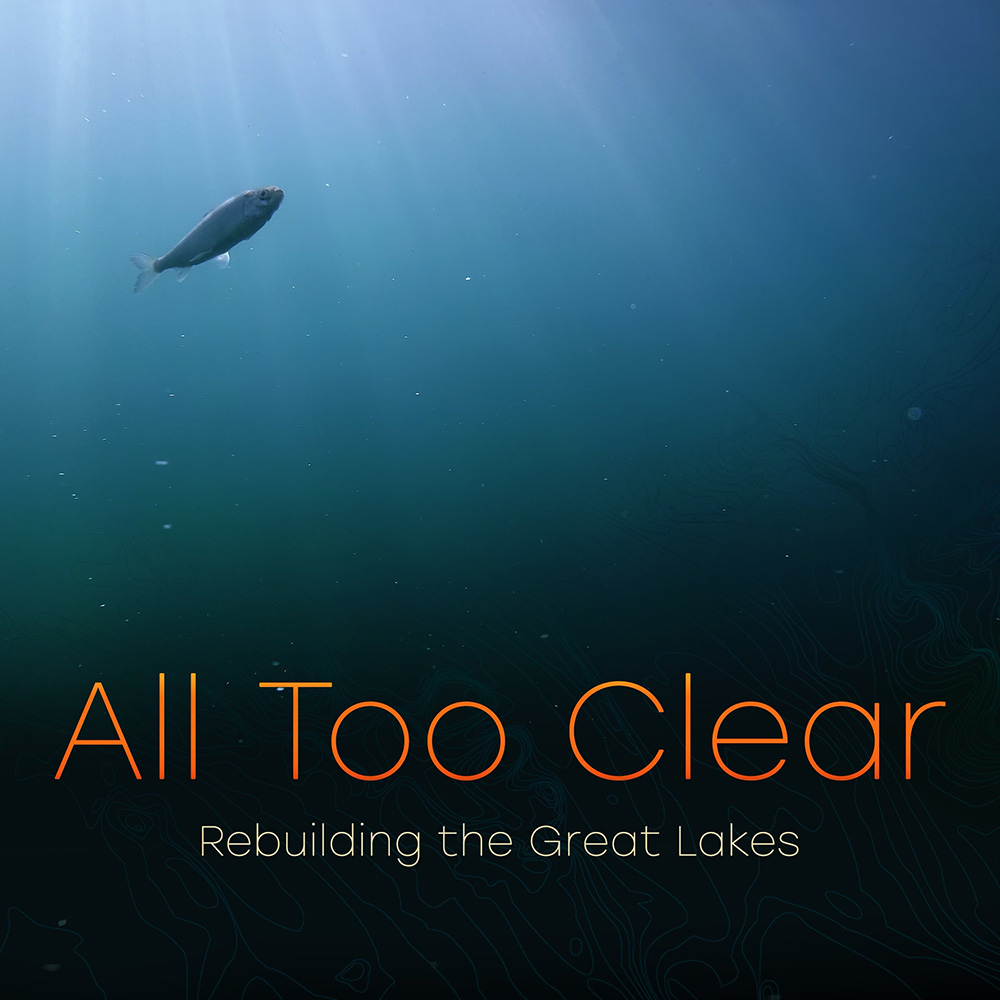 Launch of “All Too Clear” Doc

A Documentary that gets beneath the surface of the Great Lakes

TOBERMORY (December 6th, 2022) — Over the past 20 years quadrillions of invasive mussels have been sucking the life out of the Great Lakes. They’re trapping nutrients, the basic building blocks of life, on the lake bottom. Without nutrients, organisms of all kinds – from the tiniest plankton to the largest fish – are vanishing. In Lakes Huron, Michigan, and Ontario, vast offshore areas have become “biological deserts,” heralding one of the biggest changes to the Earth’s freshwaters in 10,000 years.

While the invasion has been tragic, the loss of life has had an extraordinary side effect. It’s made the lakes far clearer than they’ve ever been before, giving us an incredible window into the depths. Inspired Planet Productions is taking full advantage of this newfound clarity with the creation of its latest film, All Too Clear. This epic feature-length documentary will explore the effects of quagga mussels on the Great Lakes using the world’s most advanced underwater drone, created by New Zealand’s Boxfish Research.

“Boxfish Research is excited to partner with Inspired Planet Productions to bring our underwater cinematography drone, the Boxfish Luna, to Canada for the first time for All Too Clear. The Inspired Planet team has been pushing the Luna to its full potential, and the video they are capturing from these important freshwater ecosystems is stunning,” says Craig Anderson, co-founder of Boxfish Research.

From the nearshore to the most extreme depths, the film will bring freshwater species and ecosystems into the spotlight usually reserved for ocean environments.

“All Too Clear is providing an unprecedented peek into the Great Lakes and revealing important and never-before-seen information on the behaviour of fish in their highly dynamic and rapidly changing environments” says Dr. Andrew Muir, science director at the Great Lakes Fishery Commission. The team has been working with the lakes’ top biologists and ecologists, as well as fishers throughout the lakes to help locate the underwater wildlife critical to this story.

“The incredible footage captured by Inspired Planet Productions will help scientists communicate the issues associated with the reengineering of our aquatic ecosystems that has unfolded over the past several decades as a result of Dreissenid mussel invasions,” continued Muir. The film will not only help the scientific community expand their understanding of environments and species that need our help now more than ever, but it will also capture the imagination of a public that’s never seen what’s under the waves.

“Stories are powerful agents for change, but the story about what happens beneath the surface of our treasured Great Lakes has been largely untold. We need to tell this story around the world, while there is still hope for our fellow Great Lakes relatives and water, because people can’t help until they are aware,” says David Sweetnam, the executive director of Georgian Bay Forever, the project’s lead Canadian sponsor.

“The Nature Conservancy (TNC) is proud to support the creation of All Too Clear,” says Matt Herbert, senior conservation scientist at TNC. “This film tells an essential story about recent extreme changes within the Great Lakes’ food webs and our response to those changes. The health of these food webs is critical to the social, economic and cultural well-being of the region. Additionally, the film captures hidden aspects of the ecology of the Great Lakes never seen before and is helping to advance the science on important researcher questions.”

In collaboration with the project’s charitable and scientific partners, a suite of educational materials – short video clips, stills, and graphics is being developed to accompany the film and expand the project’s impact. With the support of a Trebek Initiative Grant from the Royal Canadian Geographic and National Geographic Societies, a short film focusing solely on the underwater world will also be created.

For project co-directors, Zach Melnick and Yvonne Drebert, the mussel invasion and resulting clarity isn’t the end of the story. “There’s a surprising twist that sets this story apart from those of other invasive species; the dramatic reduction of life in the deep waters has created an unexpected opportunity. Right now, several experiments are underway to see if we can fill the vacuum created by mussels with native fish species that were sidelined by the impacts of settlement and other invasives long ago,” says Melnick. “Ironically, quagga mussels may have given us a chance to restore the ancient and unique ecosystem of the Great Lakes. But we must act now, before the gap is filled by a new invader,” adds Drebert.

The film and its components are being made with the generous support from Georgian Bay Forever, The Nature Conservancy (Nature United in Canada), the Great Lakes Fishery Commission, the Trebek Initiative, and the International Joint Commission.

Producer Yvonne Drebert and Director/Cinematographer Zach Melnick are a husband-and-wife documentary production team, working under the banner of Inspired Planet Productions. They’ve been creating documentaries for 20 years and were most recently recognized at the Canadian Screen Awards with a nomination for the Rob Stewart Award for Best Science or Nature Documentary Program or Series in 2021 for their TVO/Knowledge Network series, Striking Balance. They’ve spent their documentary careers exploring the connection between people and nature through stories of sustainable development, overlooked natural worlds, and forgotten history. They live on the shores of Lake Huron’s Saugeen (Bruce) Peninsula in Ontario.

For more on Inspired Planet Productions: